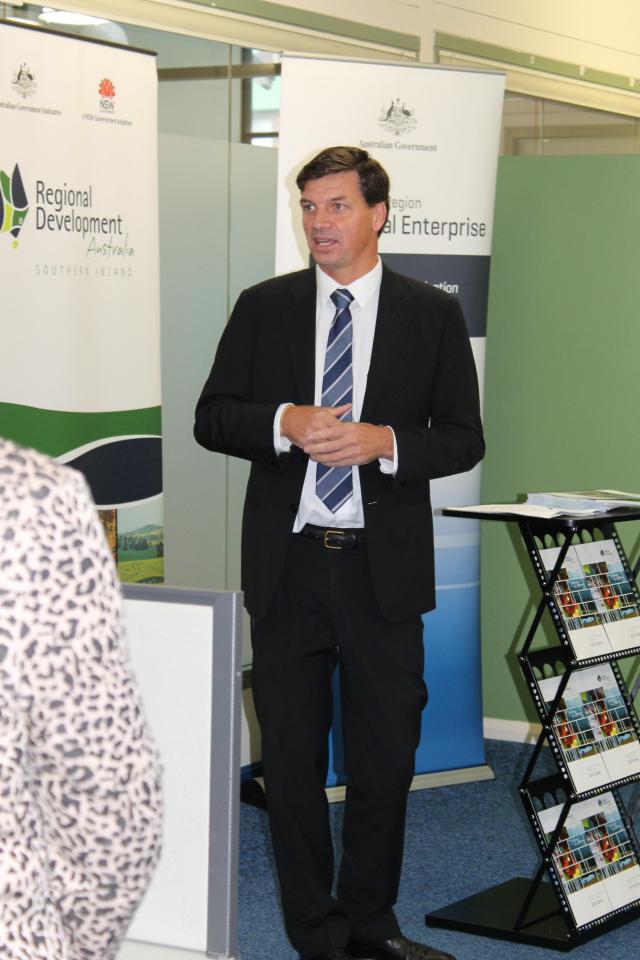 Federal Member for Hume Angus Taylor has attacked Labor’s “blatant lies” over funding for Hume RDA projects and has promised councils he will work closely with them to see if key projects can be completed.

“I am receiving calls every week from councils wondering what’s going on. Local communities have been working on projects, in some cases for years, with a false impression they’d be funded under the former Regional Development Australia (RDA) Fund,” Mr Taylor said.

“This was nothing short of a con job. The funding should never have been promised by Labor, they never had the money to come good.

“Close to a thousand projects Australia wide, including many in Hume, were added to the RDA funding list in the last weeks of the former government. Many had not gone through any kind of assessment process and many were not offered contracts.

“Just so it’s clear, the RDA funding was largely dependent on revenue which Labor said would come from the mining tax. They didn’t have the money at the time and they were never going to get the mining tax revenue they foreshadowed.

“The Coalition is committed to picking up the pieces through our National Stronger Regions Fund, starting up in 2015. There’ll be a priority for funding to lower socio economic areas and those with high unemployment. Councils and community groups will be able to apply for grants for between $20,000 and $10 million, to meet up to half the costs of community projects.

“In coming weeks and months I will be talking closely with Hume mayors to salvage what we can and see how key projects can be completed. We will honour all projects where contracts were signed by the previous government,” Mr Taylor said.