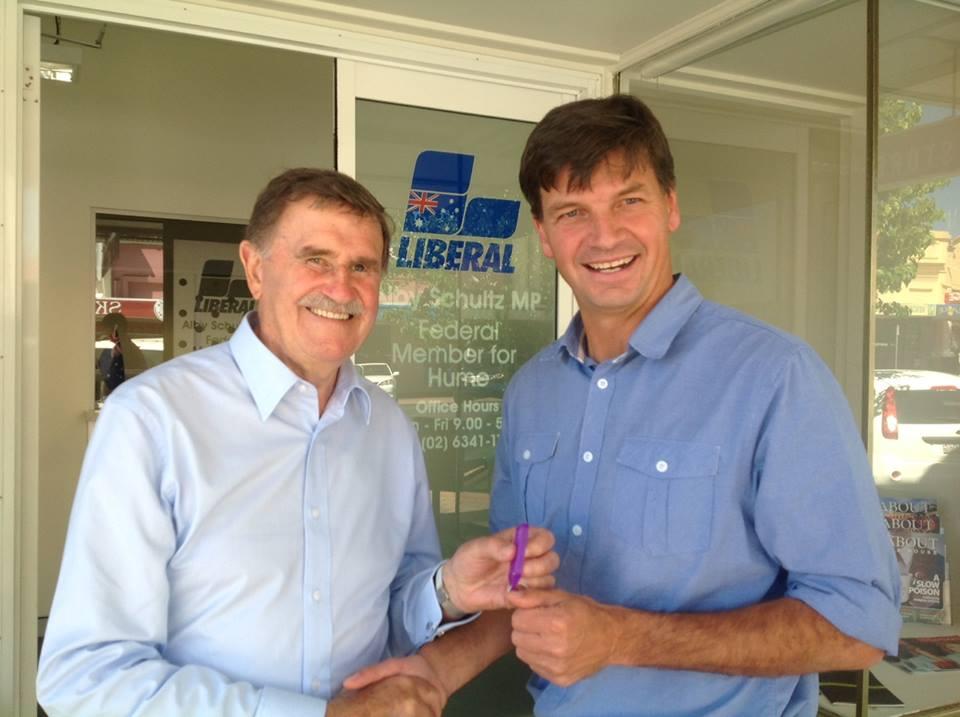 The Hume electorate office in Cowra is open for business and welcoming inquiries from across the region.

“It’s official. The doors are now open and we are welcoming all constituent inquiries relating to Federal issues,” Mr Taylor said.

“It has been two weeks since the poll was officially declared for Hume and it has taken that length of time to finalise staffing and office infrastructure. We are still waiting for some additional access information and permissions through the parliamentary staffing system, but we are certainly available to handle constituent matters from this week.

“The address of the Cowra office is still the same at 36 Kendal Street, the phone number is the same (02) 6341 1106 and while there’s soon to be a new name on the door, it’s the same friendly welcome,” Mr Taylor said.

Mr Schultz said the handing over of the keys was a symbolic gesture.

“I was pleased to come across today to help with the reopening of the Cowra office. This office has been and will remain a vital line of communication between the local community and its local MP,” Mr Schultz said.