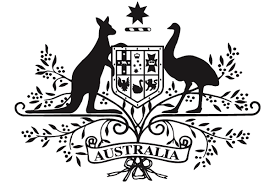 The independent Parliamentary Budget Office (PBO) has confirmed the Labor Government’s policies will result in higher debt and deficits.

Analysis in the PBO’s 2022 Election Commitments Report confirms Labor’s policies will result in a deterioration in the Budget position.

If fully implemented the Labor Government’s platform will see increased deficits across both the forward estimates and the medium term.

The independent body has also shown Labor failed to meet the same high standards for transparency during the election campaign. Despite waiting until the eve of the election to publish their costings, the report confirmed Labor’s costings document hid commitments from voters.

By contrast, today’s independent report confirms the Coalition adopted a transparent and fiscally responsible approach to costing its policies at the election.

The PBO’s report independently confirms the Coalition’s strong economic management and election commitments would have improved the deficit over the 2022–23 Budget forward estimates period.

The Coalition adopted best practice throughout the campaign by submitting all commitments for independent costing and public scrutiny before election day.

The independent analysis confirms the Coalition’s Budget was balancing the task of Budget repair while supporting Australians with the rising cost of living.

This builds on the Pre-Election Fiscal Outlook released in April, which found:

● The Coalition left the Budget bottom line with the largest and fastest improvement in over 70 years, with $103 billion of improvements compared with last year.
● Australia was on course to stabilise and then reduce debt over the medium term.
● Resilient economic growth despite the shocks of the COVID pandemic and Russia’s invasion of Ukraine.
● A strong and improving labour market.

This is compared to Labor's poor excuse for a costing document which has finally been independently reviewed by the PBO.

Shadow Treasurer Angus Taylor said the independent report confirms that every year debt and deficits are higher under Labor.

“The impacts of Labor’s increased spending will constrain the government’s ability to provide cost of living relief and Budget repair without increasing taxes,” Mr Taylor said.

“With the Budget position confirmed to decline over the forward estimates under Labor, the Government must promise it will not increase taxes and will clearly commit to the previous Government’s tax cap.”

Shadow Minister for Finance Senator Jane Hume said despite promising greater standards of transparency, it has taken 54 days since the election for the Australian people to learn the full costs of Labor’s policies.

Senator Hume said the Government should explain to Australians why now is the time to send the budget further into deficit.

“Anthony Albanese has said that if you don’t repair the budget, households wear the cost. Today we’ve confirmed that the Albanese Government’s plans - including those they never costed - will make sure households will wear that cost. They have no plan for fiscal responsibility and no plan to get spending under control,” said Senator Hume.